here the standard info about my life: Curriculum Vitae

here a collection of 38 portraits: Curriculum Facial (have fun! :-) 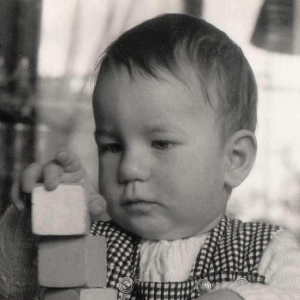 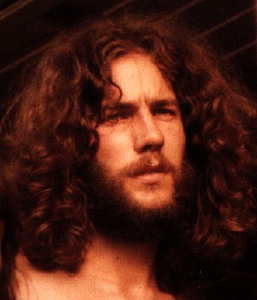 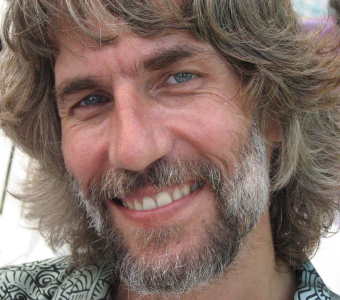 Since the age of 7, I kept saying that I was going to become an inventor. My father had this talent, too, and patience to teach me. The family was reigned by peace and respect and I found plenty material and advice to develop whatever I wanted.
My father played the piano pretty well, but thought of art as something impossible to reach for us. He took me to concert halls and showed the instruments and sounds and I loved Brahms and Wagner long before Beatles, Clapton and Pink Floyd (my brother presented me UmmaGumma when I was 13!). But the impulse to develop my own music was completely mine, the familiy advised that I had no talent...

The main focus of my education was sincerity. I am radical about it until today. I dont relate to people who lie, and I only say what I think, which is often perceived as very easy, but sometimes offending...

Its hard to stay sincere about uncommon visions. Democracy is nice, but has the problem that the majority often decides for the minority.
The free market has even stronger tendency: 95% of the products in shops serve for the 60% of "ordinary people"
In music, there is additionally the tendency that the loud and spectacular suppresses the subtle, deep, spiritual...
Business people critisize that my work only serves for a small minority, while I believe it has a huge silent or even unaware public waiting! LOOP proved that... and TV proves that a huge part of the public prefers improvisation in talk shows over hyperproduced movies

Such facts contributed to my desire to move out of small Switzerland. but it was mostly the lost revolution of the 1980-84 which left the whole creative scene black and in a horrible mood - or in prison - and pushed me 1983 to Winterthur, 1986 to Rio de Janeiro from where I had to leave in 1988 due to lack of visum. In Biel I felt better, but the dream was warm Brasil and 1993 I moved to Salvador where I lived 25 years. only 2014 when my finest partner Rolf Spuler became dead sick I realized how Switzerland had changed and since 2016 I am a happy citizan of Wellhausen. Recently more in Berlin.

I never bought a guitar amp and dont need to sound traditional. Me and my partners dont like to make efforts to imitate anything, because the new is always more interesting and fresher. We cannot do much for the majority who wants to imitate old stars, but we want to offer new technology, and focus more on clean, subtle, expressive, impressive, mad, flexible, light,,, than "almost like..."

My impulse to be in stage light and smile to a huge public is much smaller than the impulse to play music and create instruments that helps people find their own truth and develop their talent and courage to live their ideals and ethics.
Music was always related to spiritual processes and in Europe mostly developed in the catholic church, but this strain has weakened a lot and the artists are the new teachers for philosophical bases for the population - but few of them realize that and take on this responsability!

improvisation becomes more important as development speed of humanity is increasing and solutions harder to plan. we need to become consciously part of the collective consciousness and music is a great way to train this.

Marks of my appearance: